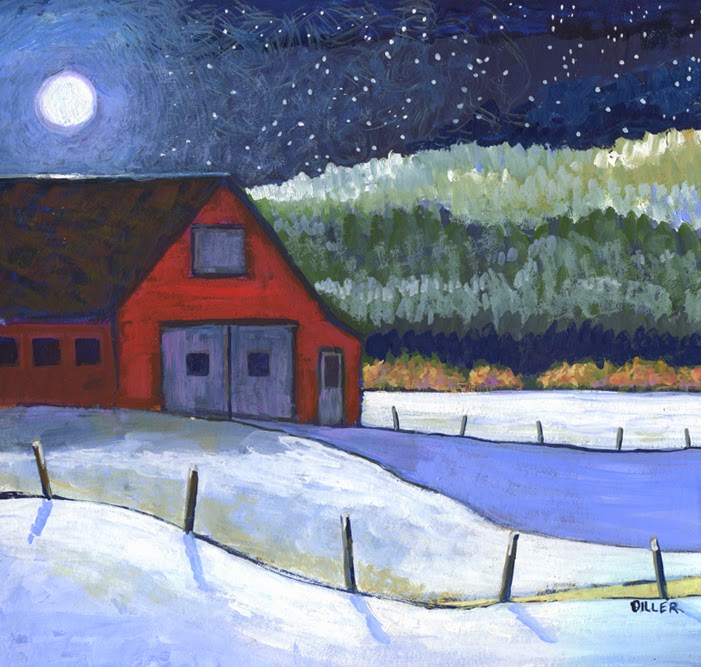 
And now I am listening hard
in the grandiose silence of the snow,
trying to hear what those three girls are plotting,
what riot is afoot,
which small queen is about to be brought down.
The Snowy Night • 8" x 8" gouache framed to 12" x 12" • $200
Posted by claudiadiller at 1:18 PM