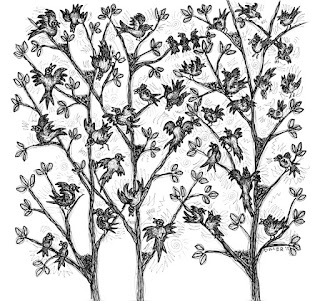 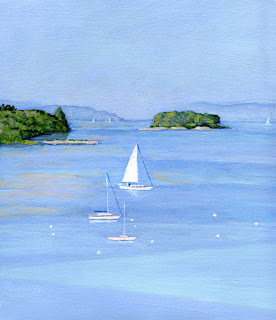 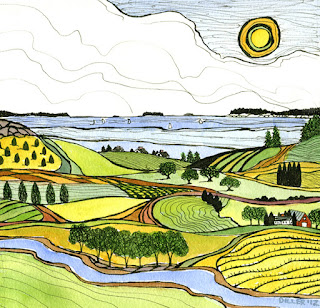 Just finished all of my paintings for the 2013 Peaceful Places calendar. Whew! So I'm taking a little break to do some quick pen and inks. Haven't done one for a long time - thought I'd just mess around a bit first.

I finished this but then decided to color it after all. Must be the spring thing - too much color out there to ignore.

Crows in the Field 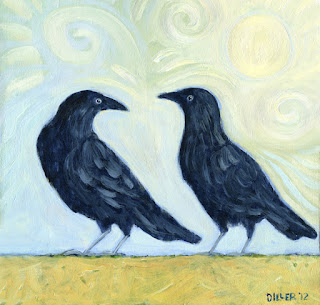 Doing this blog gives me a great excuse to spend a little time cruising the info highway for "research."

Take this past weekend. I was in an indefinite rain delay and spent some time watching a couple of crows pecking around in the lower field up in Kingfield. This is not a great sign because it means we have grubs. I couldn't bring myself to think about grubs, so I focused on the crows and researched them on the internet.

There is a lot of info out there about crows, and we all know how smart they are, but I found this story touching and uplifting. I think it offsets the downpour we're having here in Maine nicely.