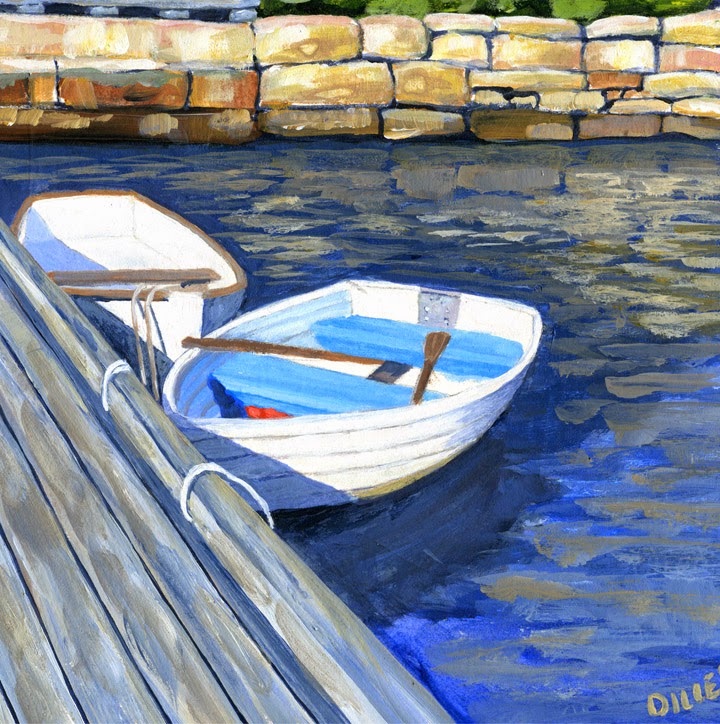 It's Memorial Day. I used to be an anti-war warrior. I'm now a pro peacenik. I decided to paint this peaceful place here in Maine for those who don't have one nearby to inspire them. I hope it also serves as a reminder that peace is possible - it's always possible, no matter where you are.


Posted by claudiadiller at 1:17 PM No comments: 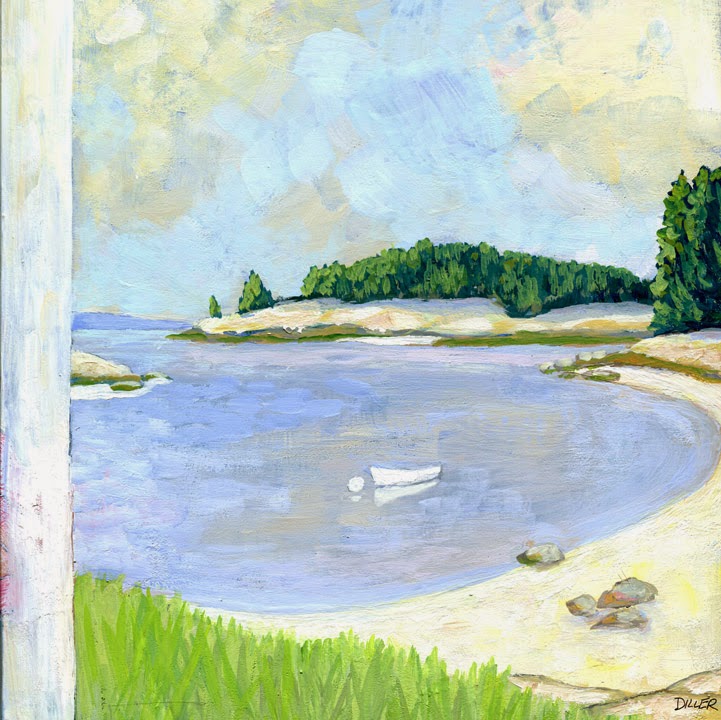 I watched our sailboat transported from Hingham, MA to Portland, ME yesterday.  I've been scared by many things way more terrifying than this in the past, but there's something about moving our boat that really had my stomach tied up in major  knots.  It reminded me of when my kids used to run downhill - I wanted to be there, but needed to watch from in between the fingers of my gloves.

Maybe it was the ease and perceived lack of concern by the boat mover that made me the most nervous.  Malcom was a 56 year old gray-headed British rocker, with a pit bull named Shogie - the sweetest dog you could possibly imagine. He was a true gypsy mover with a trailer that looked like it had a major bearing issue.

And then there was the inevitable and to be expected thunking and thumping, rocking and rolling of the boat as it teetered off its keel and stands on the driveway, and in to the arms of the trailer, while we little ant people scurried around sweating buckets to make sure the whole thing wasn't going to topple down on top of us, should the trailer accidently bump into something important.

As it turned out, Malcolm had nerves of steel and a twisted sense of humor. We got along famously. You've got to be half out of your mind to be a boat mover, and equally insane to own an old boat, as far as I can tell so far anyway.

The trailer made it to Portland without a hitch, er without an issue - though we could not watch from behind and had to drive ahead. And the landing at the boat yard was flawless. It's looking like we might actually get to go sailing this summer after all. I cling to this image.

PS. Ironically, Tom's brand new Mercedes van broke down in Augusta on his way back to Kingfield last night.


Posted by claudiadiller at 8:09 AM No comments:

SOLD - The Cardinal of Munjoy Hill 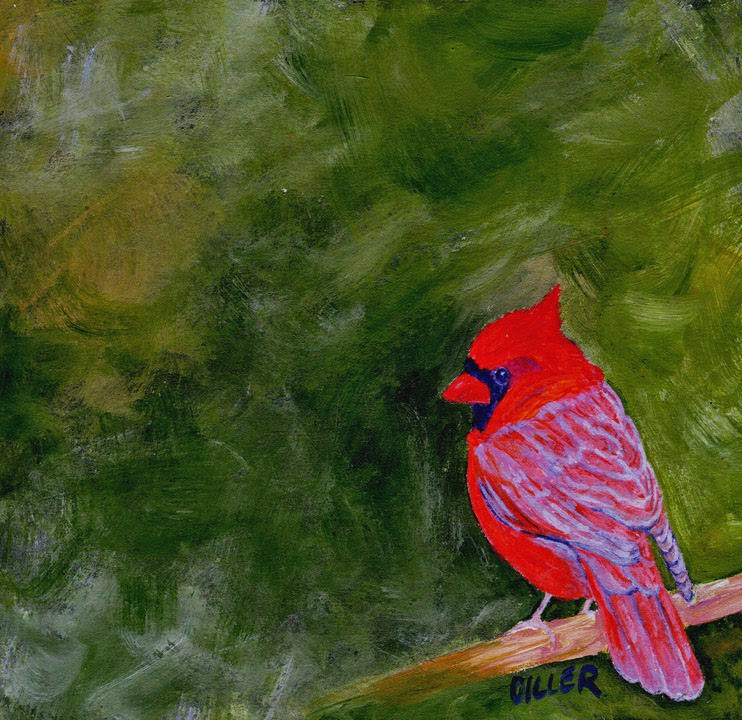 Ever hear a sound and say to yourself - wow, that's freakin' amazing! For me it used to be stuff like the first time I heard "The  Last Time," by the Stones. Yesterday it was the Northern Red Cardinal.

For those of you who have heard a Northern Red Cardinal sing, you know what I'm talking about when I say wow! It's loud, clear and rises well above the regular spring ruckus around here on the Hill. I've been guessing the bird to be either a Baltimore Oriole or a Scarlet Tanager. (All red birds flitting through the trees look the same to me, and those were the only two red birds I knew). Yesterday I finally took the time to identify the song, and hence, the bird.

This is a quick sketch of what the male looks like - he's the one I've seen around the Hill, though there's got to be a female somewhere. I also added a link where you can hear all of it's songs and some other interesting and related info: 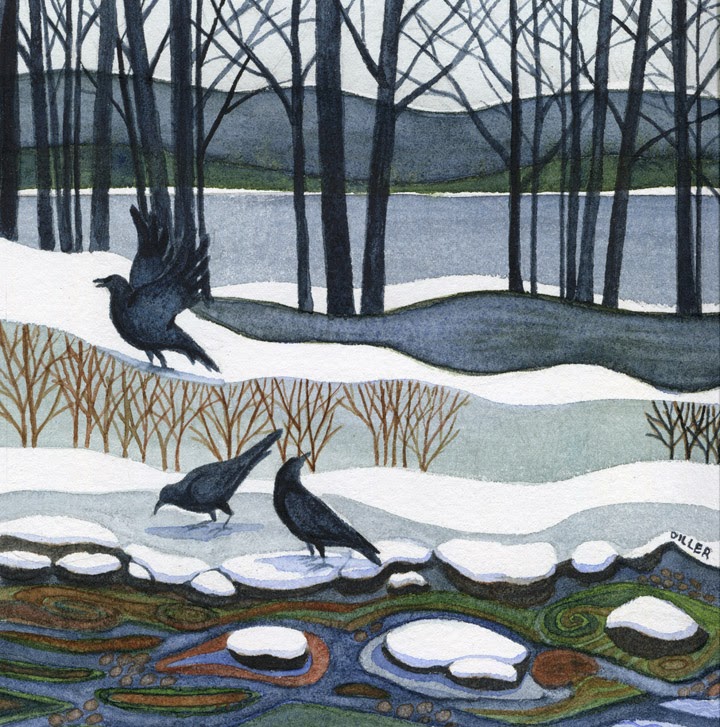 This is it for me. No more winter scenes or using the words snow and winter, or any other words or thoughts affiliated with them, until the 2014/15 winter season.