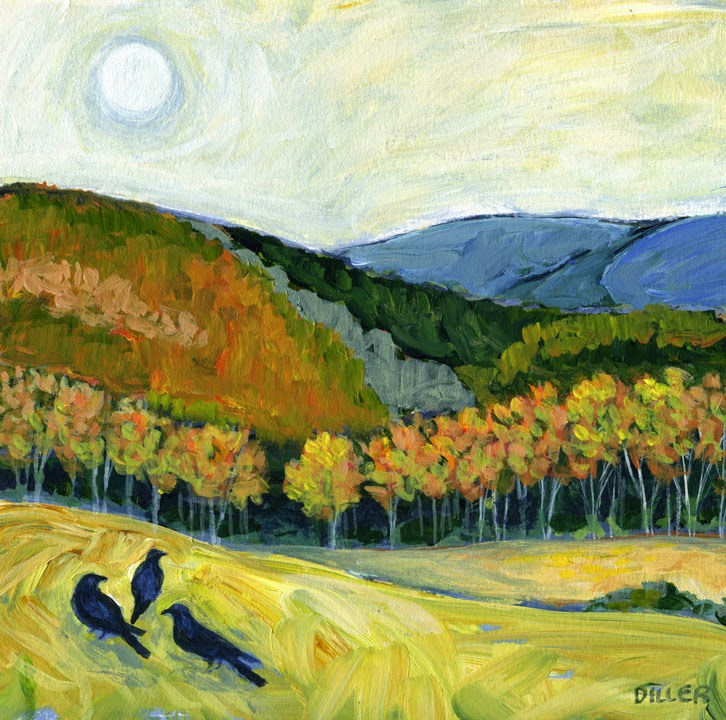 So it's coming on up Halloween and the only thing I could think of to sketch was crows. I often find myself watching crows out there in the landscape. They can be pretty entertaining - they're so smart. And though there is no reason why I decided to paint three (for those of you who study this stuff, as you know there is quite a bit of mythology about three crows), here's something I had never heard or read before:

Stock market investors sometimes refer to three crows as a pattern of successive declining stock prices over three days often identified by overlapping candlestick patterns. Three crows are often seen as a warning of a period of powerful selling pressure on the stock market.

Thankfully, I don't have to watch the stock market. I can just watch crows. 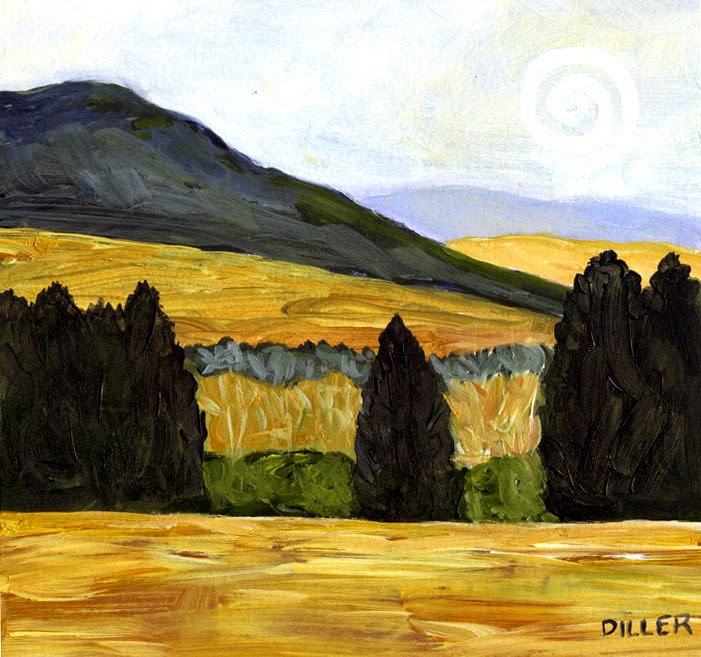 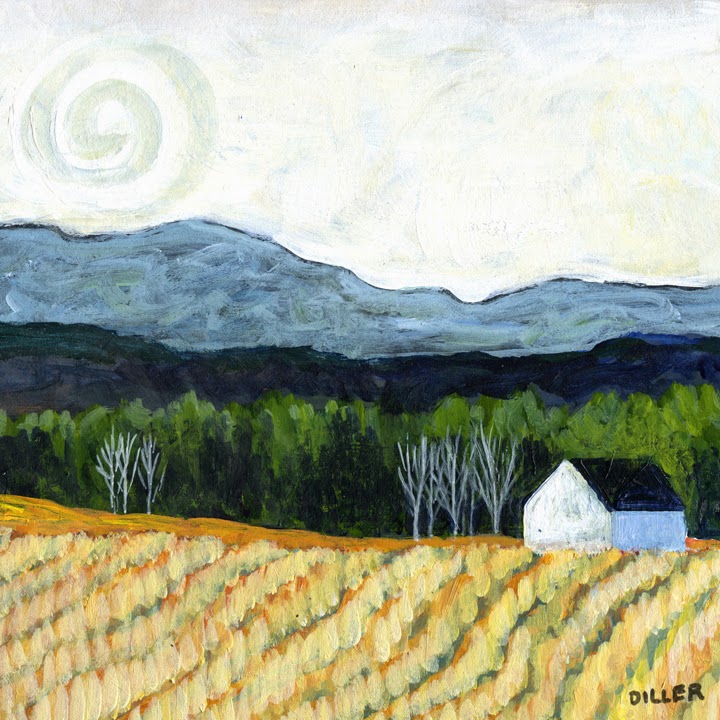 Once in a while I make believe I'm an alien trying to make sense of the inner workings of earthlings - it's a coping mechanism. When I finished this sketch, I sat back in my chair, folded my arms over my chest and decided that if I was an alien, I would look at this painting and say to myself, "Hmmm... that cornfield is missing something. Ah yes, a crop circle, it needs a crop circle!"

#181 Coloring Up And Then Down 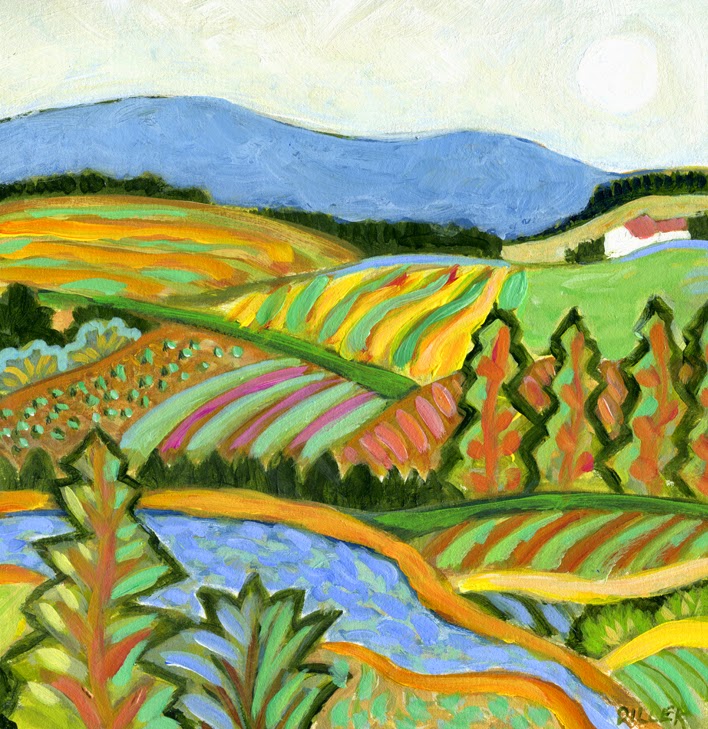 It's coloring up all over Maine. It began with one or two leaves, and then one or two branches. Then came a slow roll out of colors starting in the mountains, spreading to the coast. It's the deciduous trees, sprinkled here and there with evergreen, that makes this so spectacular.

In the meantime, no matter how much voodoo you use - crossing your fingers, wearing garlic, nude native dancing, this shock of color will eventually and abruptly fade to brown. Those same trees will transform into shivering, stringy vertical black lines, having been stripped naked by a howling and relentless cold wind.

But that comes later. Right now, it's beautiful.