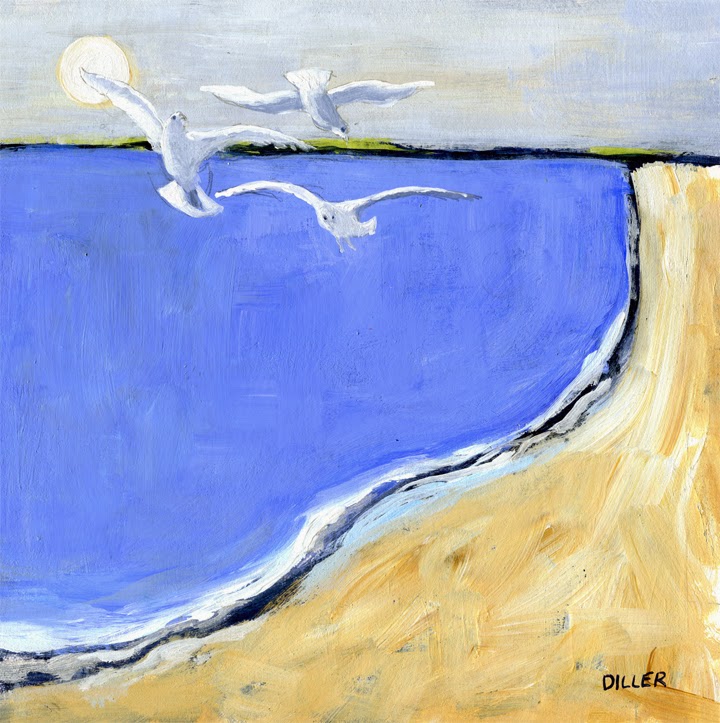 It's kind of fun to watch gulls terrorize touristas. I saw one swoop down off the roof of the Portland Company lobster shack a couple of summers ago and take a lobster roll right out of someone's mouth. I saw another one scoff a sandwich from a beach blanket at Popham when the poor sunbather wasn't looking.

I don't remember gulls being this big a nuisance, but then I was a nuisance too and wouldn't have noticed anything out of the ordinary. I decided to read up about them to see if there was something in their history.

In the beginning there was peaceful coexistence...
Native Americans camped on Maine's offshore islands in the summer and fished. Although they hunted seabirds and their eggs, harvesting was limited to certain islands, and hunting to one colony once every three years. They did this successfully for 4000 years.

...and then everything went to crap.
When the Europeans began settling the islands in the 1600s, they farmed, hunted the birds and collected their eggs. They also raised sheep and hogs which disturbed nesting seabirds and trampled habitat.

Fashion trumps birds...
In the late 1800s, women's feathered hats became fashionable. Egrets, herons, and terns were especially popular. At the start of the 20th Century, most seabirds in the Gulf of Maine were on the brink of extinction.


...and then cars become fashionable.
The passage of the Migratory Bird Treaty Act in 1918 protected migratory birds, their nests, and their eggs. When trains and automobiles replaced boats as preferred forms of transportation, people relocated to the mainland, easing the pressure on seabird habitat. Bird populations rebounded, reaching a high of almost 16,000 pairs along the Maine coast in 1940.

But in the end, everything gets trashed again.
During the mid-1900s however, the spread of open landfills along the coast and an increase in fishery waste provided easy pickings for herring and great black-backed gulls. It's these artificial food sources that have led to an explosion in gull populations.

So while they are a nuisance and pitiful-looking clowns on foot when food is about, it's really our own fault. And though I haven't changed my mind about them being a major nuisance, I still think they are beautiful to watch when they fly - brilliant against the sun.

Posted by claudiadiller at 1:19 PM No comments: 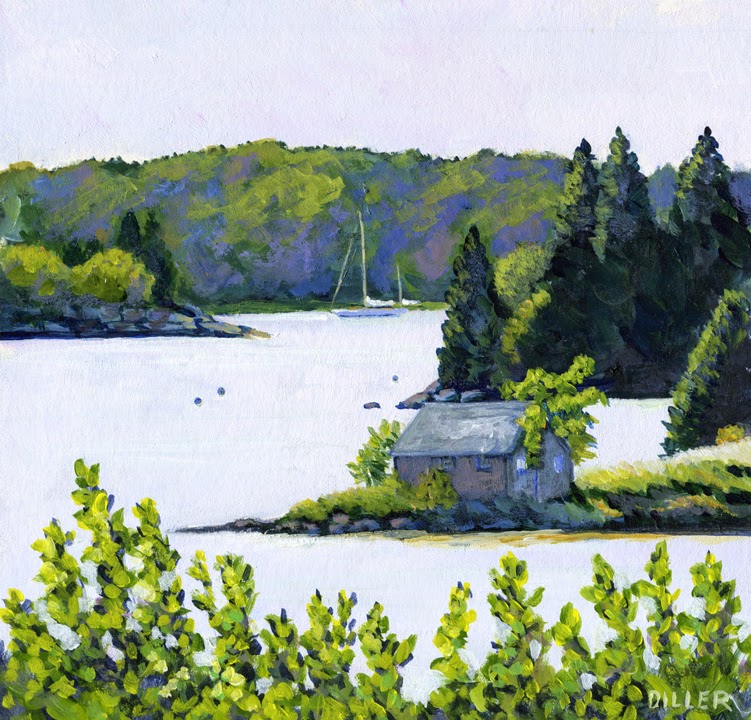 We were pinned in Pulpit Harbor one weekend by a big blow out in the bay.

The first night in Cabot Cove (Masters Creek) on our anchor was quiet. But when we woke up, it was already a howling SW and shooting straight down the cove. So we hoisted our anchor and motored around the corner toward another cove in the harbor where we picked up a mooring for the next night.

We took our dinghy ashore for something to do and a walk about. That hazy, late summer scene we caught below us in the harbor no way indicated a gusting-to-25 knots-wind outside. But you could hear it and see it in the tree tops, and in the eerie light it cast on the harbor.

The next morning it was still howling after listening to our rigging scream all night. But we decided to reef the main and take off anyway. The wind moderated after a while, the sun came out and it was a great sail back to Rockland. Go figure. 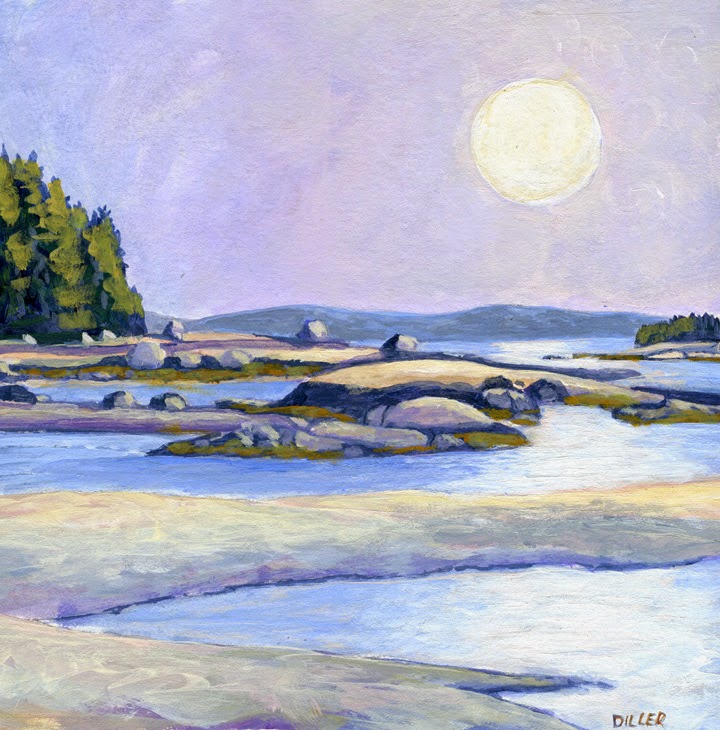 We saw a lot of things out there in the water this summer that knocked our socks off. It's always extraordinary to witness powers so much greater than us. Everything gets put back in to its proper perspective.

Although there's something pretty special about watching the full moon rise, wherever you are, it's often a softer less dramatic event in the summer months, but beautiful and fascinating just the same.

I also find it kind of cool that we Mainers are the first to see the whole process as the moon peeks, and then noses up and over the horizon, until it finally hoists itself up and out of the water with a barely detectible spring. We get to initiate, and then nudge the great and ancient wave of wonderment as it rolls  west across the continent. 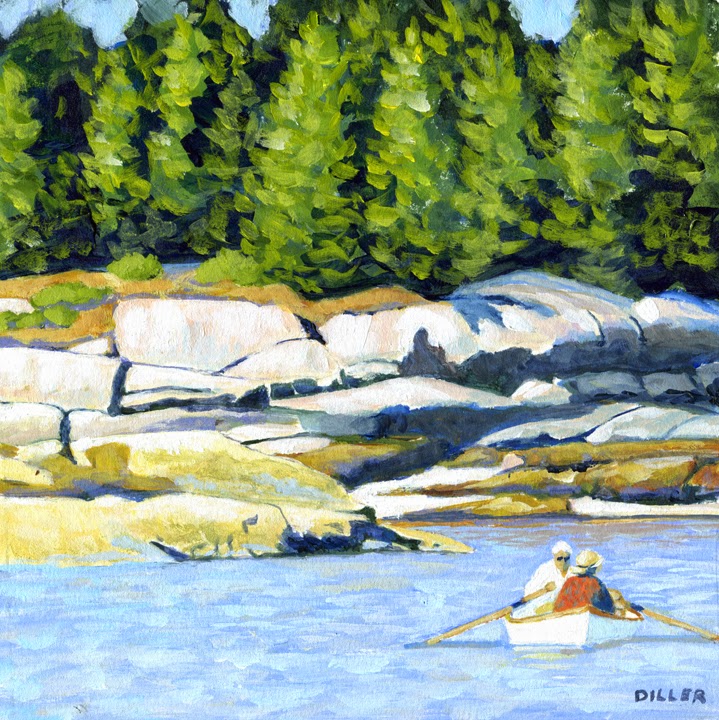 More often than not, I wake up mornings feeling grateful - grateful for my family and friends, and all of our health. But honestly, I'm particularly grateful that I still wake up, and that I can still swing one foot in front of the other to the bathroom in time.

This particular morning, anchored off Camp Island, we caught Parker rowing his wife Laurie and their goldie back from a canine pit stop on the other side of an island adjacent to Camp. If there is a quintessential Maine cruising scene, this is it.

Tom had spotted Parker when he sailed in and anchored a few hundred feet from us the night before. He and Parker had raced with and against each other in their maritime past. We ended up having a gam then, and another one this fine morning before they headed off on their annual cruise down east.

It's been said we eventually learn to be grateful for simple things. This morning, I was grateful for the usual, and that I could use the word gam in real life - it's such a great word.


Posted by claudiadiller at 3:04 PM No comments: 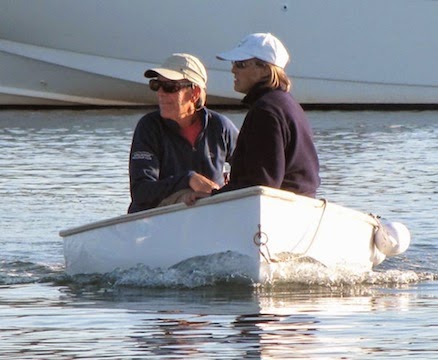 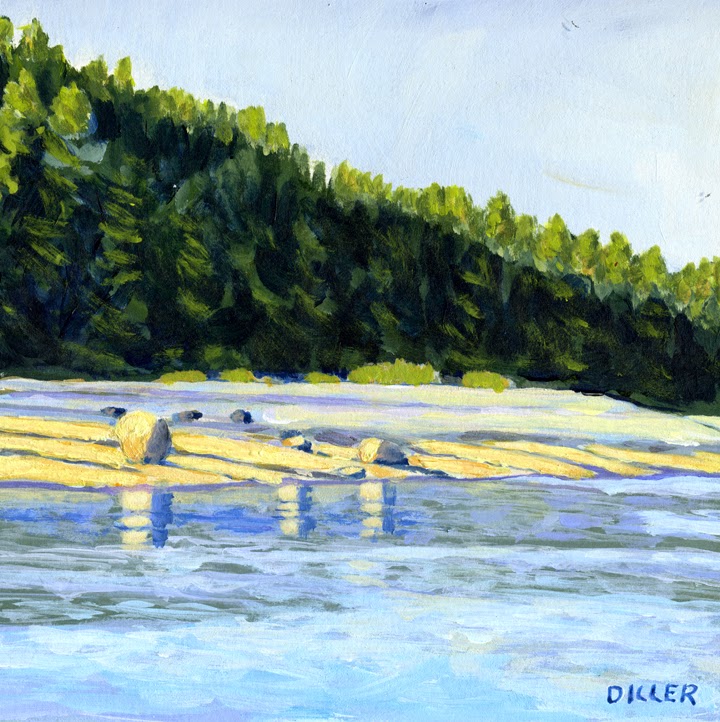 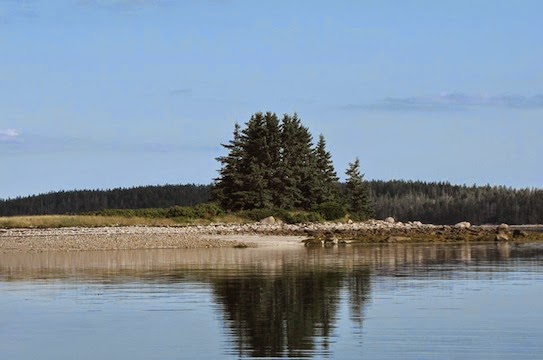 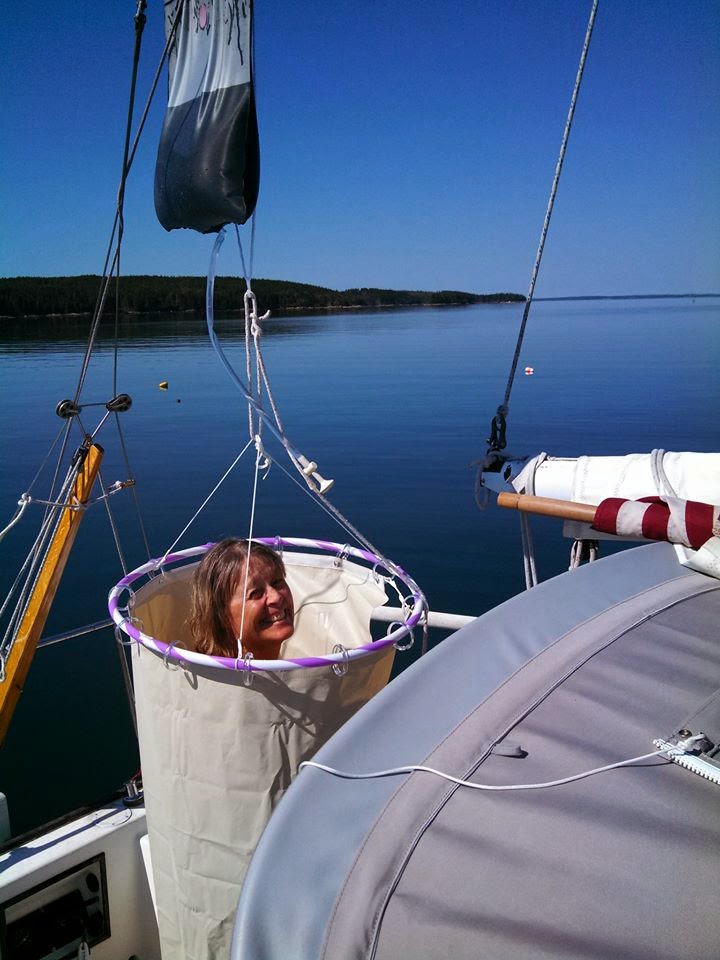 
Posted by claudiadiller at 12:50 PM No comments: