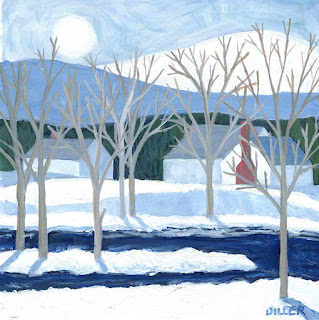 I don't think I've been this riled up since Nixon and the Vietnam War, so I won't use this blog to rant about the current state of affairs in this country. It would be like watching Manchester By the Sea, which was an awesome movie by the way, but tough to sit through.

As a reprieve from the enormous amount of energy it takes to stay on top of what's going on out there with facts and alternate facts, I painted Silence. It helped. I'll be going for a walk in a few to test my primal instincts to survive the ice out there, in silence. After that, I will jump back in to the political arena to test my survival instincts with a loud speaker. Keep the pressure on, but take a break in silence in between. 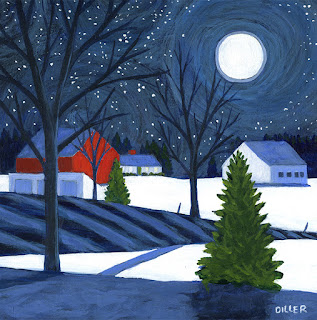 With four world leaders who embrace bullying, and who will have their fingers on nuclear detonators, in a seemingly never-ending line of misery and injustice crossing the world stage in 2017, it's not hard to slide in to a feeling of total despair. Though it would appear that the beast in man has been unleashed, remember that rational thought, love, tolerance, compassion and community are what a  majority of people on this planet represent.

May The Force Be With You, our world leaders, and those who give us the information we need to make informed decisions in this next chapter.