We Choose To Sail On 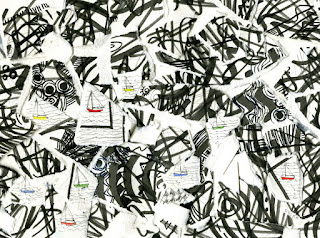 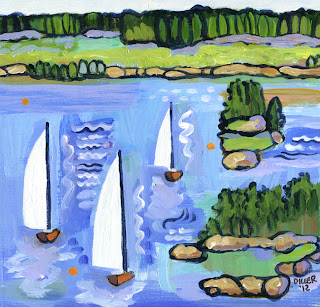 It will officially be autumn the next time I post. I am a skier, so autumn is when I live the expectation only skiers and kids understand - the excitement of spotting the first snowflake and the pure joy of thinking about a good ski season up in Maine's mountains. Although it is one of my favorite times of the year with the color and the melodies (Autumn in New York - one of my all time favorites),  I generally carry just a thimble full of regret to see summer go. After all, I am a sailor, swimmer and wannabe surfer too.

This painting is a slightly weightier nod back to summer. It is inspired by the regattas we'd run into and sometimes sail through while  cruising off the coast of Maine. Although our little boat generally doesn't even hold its own with a sea kayak (unless we're reaching, of course, at which point we become a lean, mean racing machine - sort of), we still have fun thinking we're in the hunt. And so does the Claudia.  We can feel her smile.

claudia diller: Sailing Through The Reach

claudia diller: Sailing Through The Reach: We were sailing in a light breeze to Hurricane Sound by way of The Reach on a hot, hazy morning a few weeks ago, when we caught sight of t...
Posted by claudiadiller at 8:56 AM No comments: 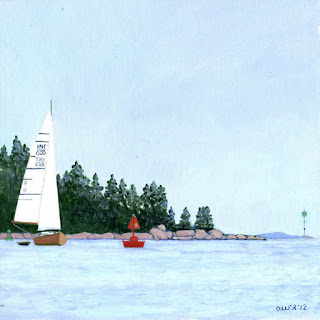 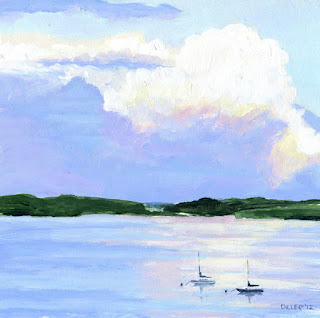