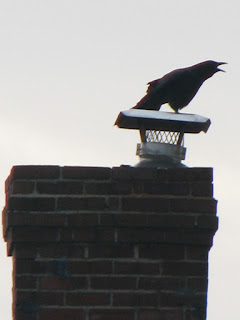 Caught in the act on my neighbor's chimney.
Posted by claudiadiller at 9:17 AM