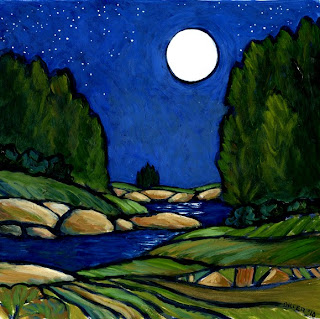 The moon confounds me.

On the one hand scientists define the moon as  a "terrestrial planet" (because it's composed of rock and metal), as opposed to a "gas giant" like Jupiter and Saturn (composed mainly of hydrogen and helium), or an "ice giant" like Uranus and Neptune (largely composed of ices such as water, ammonia and methane).

On the other hand, when I look up at the moon - like I did last night - I always wonder what my ancestors must have thought it was. I think the moon prompts me into a cellular memory - an exhilarating feeling of wonderment and maybe a little fear - of witnessing something that I can't explain.