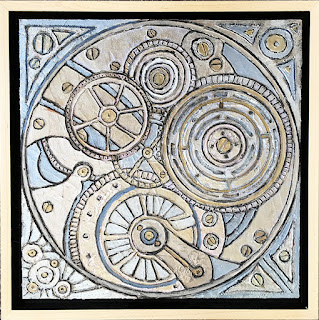 I went to a local shop and looked at clocks and watches for a while last week. During that time, I saw an antique watch in pieces. It was beautiful. And then I realized there was no battery in the mix. I had forgotten a time when watches were spring propelled. We wound them. It brought back memories of taking a minute to gently rotate the knob on the side of the watch case back and forth between my thumb and index finger. Such a soothing moment in time.

Of course, I then began to ponder time. You can't ponder time without getting into an explanation of the fourth dimension - which is time. It got complicated really quickly.


We can see the first three dimensions.


To explain, we begin with a point.
A point has no sides, no dimension. It only indicates an imaginary idea - a position in a system. A second point will indicate a different position, but it too has no sides or dimension.

WE can see the first three dimensions - the line, the plane and the roll (cube), but not the fourth.

So there you have it! Of course there are many dimensions - like 10 or 11. It's fascinating stuff. On one level I totally get it after watching a video 20 times. On another...uh yeah sure!

Posted by claudiadiller at 12:43 PM