Let it go and let it be 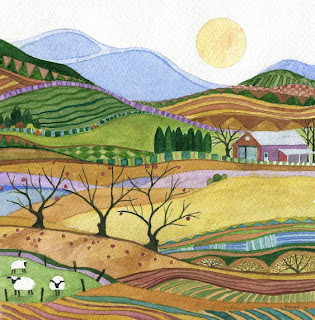 Although November is generally lumped with March as one of Maine's more drabbish, I have chosen to think to the contrary.  It's a matter of sanity - a trick I use to get through to the ski season. I rationalize that November is one of our more beautiful months - it's just that you have to work a little harder to see it.

The issue is fundamental. We have been color blinded by the brilliance of hardwood leaves which, like a flashy dresser take our attention away from the less colorful and more tastefully attired partner. It's the 'ole male duck versus female duck dilemma. She is actually more intricate and elegant in design, but our eyes sweep to him first. It's in our DNA - another leftover from our time as fish people - we can't resist the flashy thing.  But if we look hard enough, there are extraordinary colors out there right now.

The only issue I still grapple with this time of year are those few and far in between leftover apples I still see hanging in orchards here and there. Are they just too hard to reach? Do farmers use them to scare off birds - they do resemble shrunken heads after a while. Or do they leave them just to bug the hell out of people like me who subscribe to an ancient superstition that says, if you leave a few apples in the trees, the snowfall has a better chance of being less than average.

Anyway, this painting is supposed to be an exercise in finding some peace by letting it go and letting it be.