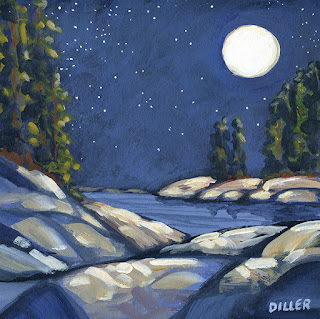 To say the weather has been looney lately would be a gross understatement. And when the weather gets looney, so does the rest of the planet. But when we humans get looney, we are the only ones, I think, to blame it on the moon.

Humans have been blaming the moon on everything they can get away with blaming it on, from mental instability and generally bad behavior, to bodily breakdowns and uncontrollable physical aggression. As far as I can determine, only tides and Wolfman have the right to blame the moon.

Fortunately, science has debunked a lot of the moon lore out there. But for those whose brains refuse scientific proof, even though they do seem to understand and accept the scientific existence of their own brains, the moon will continue to be a major source of blame for just about everything they refuse to take responsibility for.